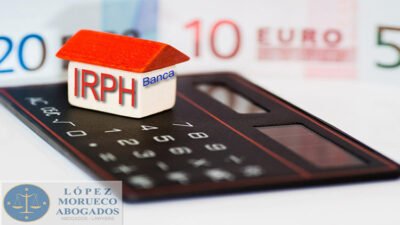 Posted at 23:16h in blog by LoPeZmOrUeCo 0 Comments
0 Likes
Share

The Court of Justice of the European Union has ruled on the famous IRPH clause, and has ruled that it is subject to Directive 93/2013, and therefore its abuse by the Spanish courts should be analysed.

Having said that, it will be the national judge who will have to decide if the clause is abusive in each case, taking into account the control of transparency established by the European directive and in accordance with articles 80, 81 and 82 of the Law on Consumers and Users.

The judgement of the TJUE has given a series of guidelines that must be taken into account when checking whether the financial clause complies with the transparency control.

That must be taken into account to prove compliance with the transparency control:

* The bank must demonstrate that the index was explained to the customer in a detailed and understandable manner, as well as its system of evolution and form of monitoring, and it is not sufficient that it be written, agreed and signed in the loan contract.

* It must be demonstrated that the bank provided simulations and constant evolution of the index, risks associated with this reference index.

If the bank did not comply with the transparency requirements, the index will be declared null and void, with the corresponding consequences.

In the first place, such a clause will be considered as not having been put in place and will have to be replaced by the agreed substitute reference index, provided that it exists and is legal. Otherwise, the national judge may modify this index by a supplementary one (EURIBOR) in order to favour the consumer.

As it will affect the consumer that the index is replaced by the EURIBOR, since a considerable reduction in the quota to be paid monthly by the borrowers until the total payment of the loan.

In view of this ruling, it is expected that the banks will contact the affected parties in order to mitigate or minimize the possible consequences that this ruling may have for each entity. It is therefore very important to take good advice, and not to sign anything with the bank without the prior advice of a professional lawyer and expert in the field.

At López Morueco Abogados we will study your case without obligation, and we will give you an estimate of the money you could recover. Do not hesitate to consult us.